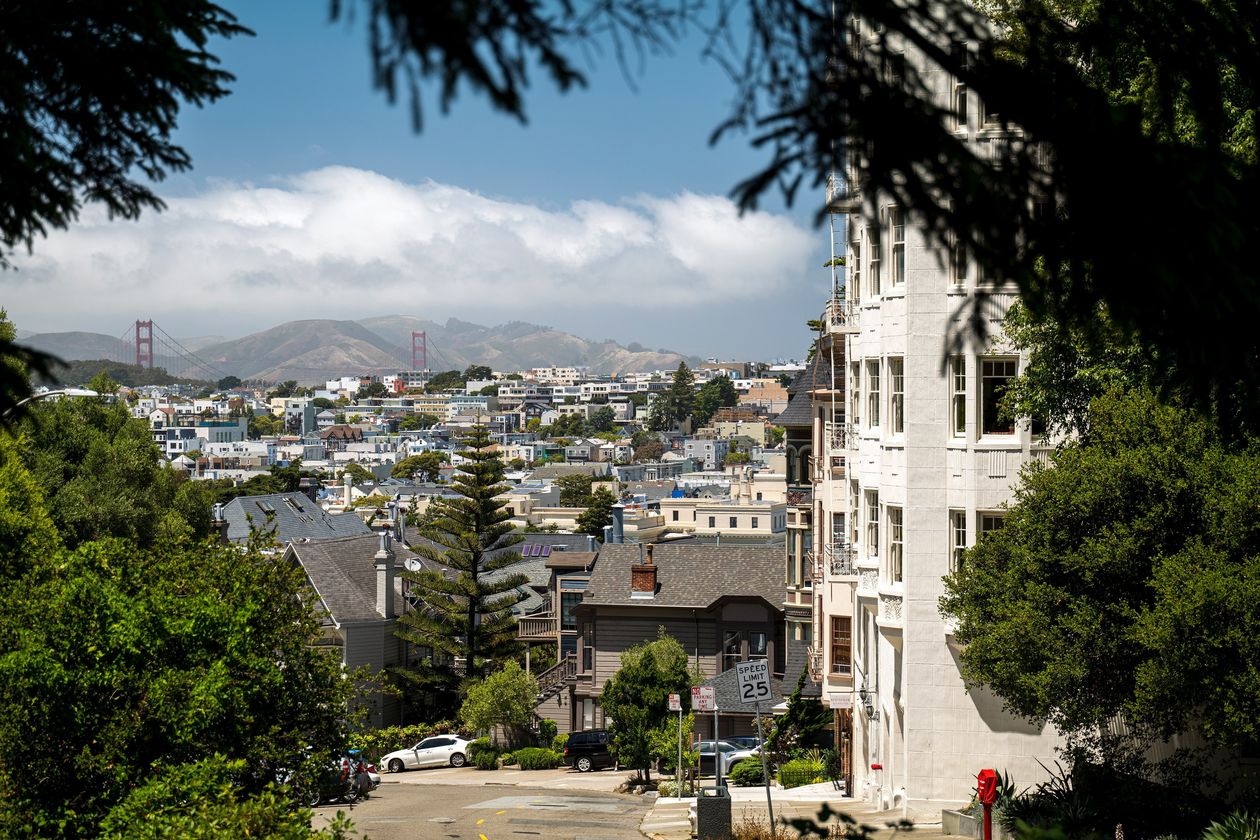 Cities are considering measures to phase out gas hookups amid climate concerns, spurring some states to outlaw such prohibitions.

A growing fight is unfolding across America as cities concerned about climate change consider phasing out natural gas for home cooking and heating.

Major cities including San Francisco, Seattle, Denver and New York have either enacted or proposed measures to ban or discourage the use of the fossil fuel in new homes and buildings, two years after Berkeley, Calif., passed the first such prohibition in the U.S. in 2019.

The bans in turn have led Arizona, Texas, Oklahoma, Tennessee, Kansas and Louisiana to enact laws outlawing such municipal prohibitions in their states before they can spread. Ohio is considering a similar measure.

The outcome of the battle has the potential to reshape the future of the utility industry, and demand for natural gas, which the U.S. produces more of than any other country.

Proponents of phasing out natural gas say their aim is to reduce planet-warming emissions over time by fully electrifying new homes and buildings as wind and solar farms proliferate throughout the country, making the power grid cleaner. 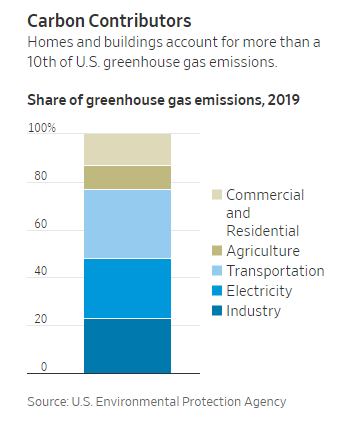 Homes and businesses account for about 13% of the nation’s annual greenhouse gas emissions, according to the Environmental Protection Agency, mostly because natural gas is used in cooking, heating, and washers and dryers. Climate activists say reducing that percentage is critical for states with goals to slash carbon emissions in the coming decades.

Opponents in the gas industry counter by citing the higher costs of making many homes fully electric, and pointing to the added security of having a second home energy source to heat and cook with during extreme weather events. They also highlight the preference many home and professional chefs have for using gas-fired stoves.

New all-electric homes are cost-competitive with those that use gas in many parts of the country, but retrofits can be considerably more expensive, depending on the existing heating and cooking systems and the cost of effectively converting them. A recent study by San Francisco found that retrofitting all housing units that now use natural gas would cost between $3.4 billion and $5.9 billion, costs that would fall on residents, the city or both.

Induction ranges, which use magnets to heat pots and pans directly, can be more expensive to buy than gas ranges, especially in professional kitchens. Restaurant associations across the nation have raised concerns about going electric.

Utilities that supply both electricity and natural gas could face more muted impacts if the shift accelerates. But those that supply only natural gas face the prospect of slower growth or even a reversal of demand, especially if momentum builds to electrify both new and existing homes.

Greater reliance on electricity raises the possibility that parts of the natural-gas delivery system will become stranded assets, facilities that retire before they pay for themselves. The Environmental Defense Fund, a nonprofit environmental advocacy group, in 2019 warned that in California, where gas utilities spend billions of dollars on their systems each year, stranded assets could complicate efforts to move away from gas by saddling customers with higher costs over time.

President Biden’s $1.7 trillion infrastructure plan calls for greater adoption of all-electric heat pumps and induction stoves, giving proponents hope that the government will do more to incentivize their adoption.

A gas flare burning in a field near Mentone, Texas, in one of several states that has enacted laws outlawing municipal prohibitions of natural gas.

Panama Bartholomy, director of the Building Decarbonization Coalition, which supports efforts to electrify buildings throughout California, said the organization is pushing for the state to cut emissions from homes and businesses by 40% by 2030, and to adopt zero-emission building codes for each within the next few years.

“All of a sudden there’s a conversation happening that wasn’t happening two years ago,” Mr. Bartholomy said. “It’s the fastest-growing trend we’ve ever seen.”

Industry pushback has been swift, with many utilities and businesses voicing opposition to local gas bans.

Arizona last year became the first state to pass pre-emptive legislation barring municipalities from banning new gas hookups. The Arizona Chamber of Commerce helped lead a coalition of businesses that pushed for the legislation, even though no bans were under consideration in the state at the time. Garrick Taylor, the chamber’s interim chief executive, said the legislation was born of concerns that bans would result in higher electricity costs and reduced energy choices for residents and businesses.

“If you see something next door in California, there’s a chance that a municipality in your state is likely going to consider it,” Mr. Taylor said.

The American Gas Association, a national lobbying group, has been pushing for state laws prohibiting local bans. President Karen Harbert said an indiscriminate approach to widespread electrification could put strain on the grid, resulting in either higher electricity prices or greater reliance on gas-fired power plants.

“You have to do the math,” she said. “We can’t just say if we electrify everything, we’re going to solve the challenge of climate change.”

State agencies in California, Colorado, Massachusetts and New York have launched efforts to assess how the role of gas utilities may change in the coming years if demand plateaus or declines. Utilities across the country are beginning to ask the same question as they consider new gas investments.

Jan Berman, director of energy strategy and innovation at PG&E Corp. , which serves 16 million people in Northern and Central California, said it may eventually shrink its gas distribution system, if more homes are retrofitted to run entirely on electricity. 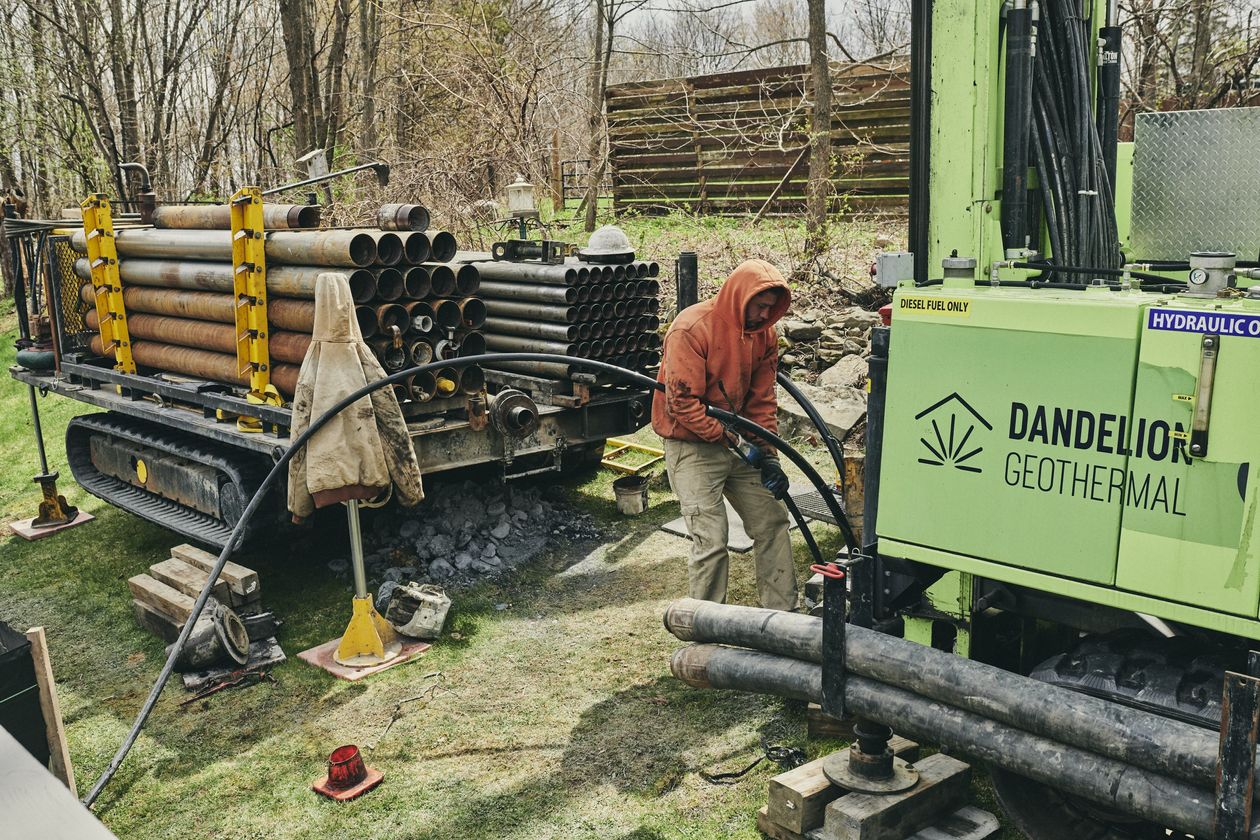 A geothermal installation in Otisville, N.Y. in April. Geothermal heat pumps draw heat from the ground and are an alternative to natural-gas heating.

“We welcome the opportunity to avoid investments in new gas assets that might later prove to be underutilized as decarbonization efforts progress here in California,” she said.

Southern California Gas Co., a unit of Sempra Energy that is the nation’s largest gas utility, opposes bans on new hookups, arguing that customers should have the right to choose. The California Public Utilities Commission recently determined that SoCalGas misused ratepayer money to advocate against such bans and other energy efficiency measures, and ordered the company to refund customers for those efforts.

SoCalGas said it appreciates the agency’s finding that no violations, fines or penalties are warranted.

SoCalGas recently set a goal to achieve net-zero emissions by 2045. The utility is working to expand its use of renewable natural gas made from landfill waste and green hydrogen, which is produced using electricity from renewable energy sources. CEO

“What is flowing through those pipes will be different in 2045 than it is today,” he said. “How do you take the infrastructure that’s there, and use it in the most thoughtful way as a tool to enable what we’re collectively trying to pursue?”

Write to Katherine Blunt at Katherine.Blunt@wsj.com