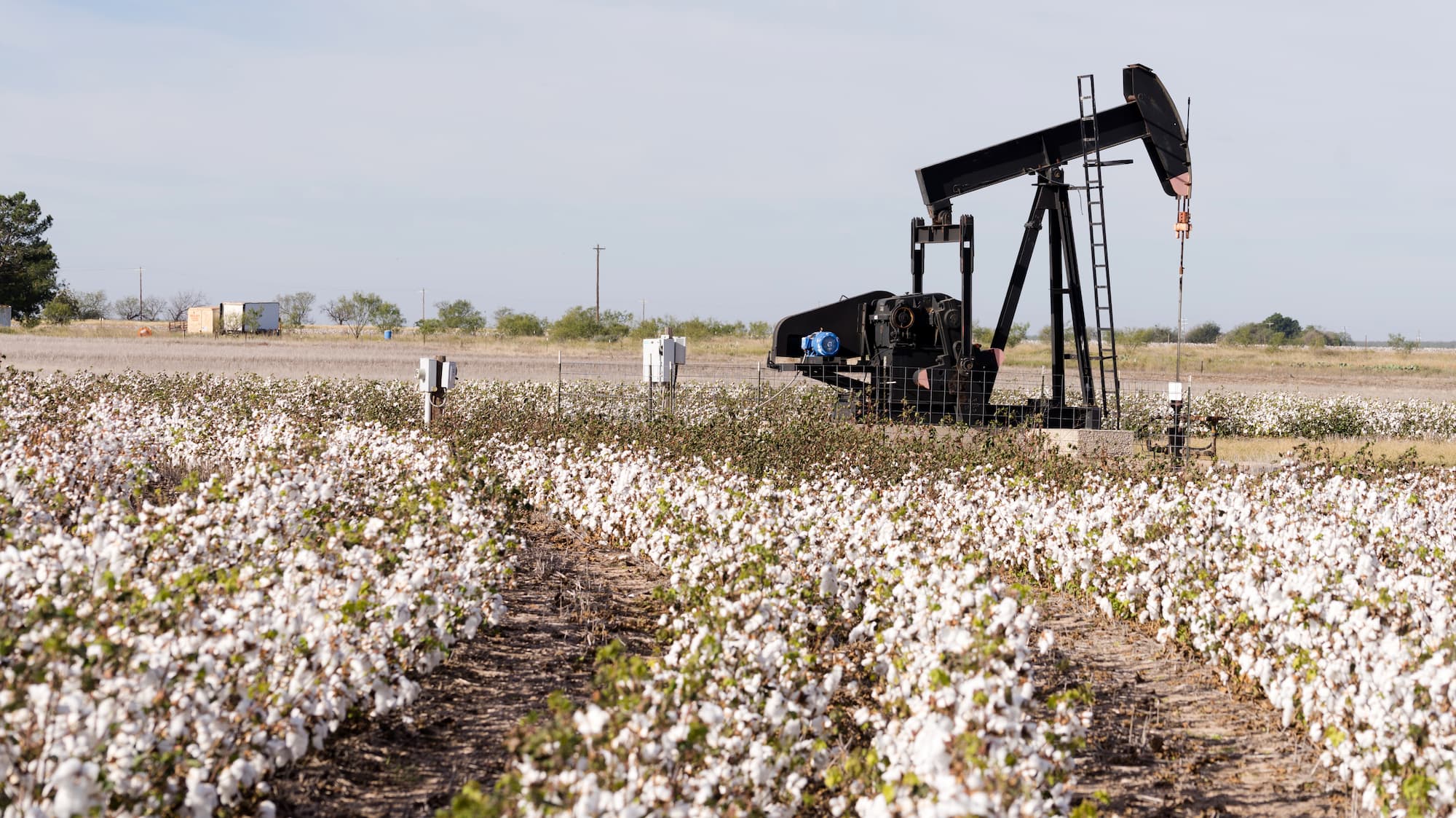 The central issue in the Texas case of Cook v. Cimarex Energy Co.: Did Cook grant Cimarex a right of way across Cook’s land to the location of two Cimarex wells. No he didn’t. Reversing the trial court, the court of appeals concluded that two Contracts of Release were ambiguous. Neither party was entitled to summary judgment, so its back to the Ochilltree County courthouse for a large helping of he-said-she-said.

The land and the agreements

Cook owns the surface of sections 48, 49, and 129. To access the property from Highway 281, Cook holds an easement parallel to the western line of Section 136. Here are the tracts: Cook and Cimarex signed releases allowing Cimarex’s use of a road so it could drill and operate wells under leases with third parties (Cook’s cousins, it turns out).

In the releases, the term “road” was only mentioned twice, in one sentence. In one portion, Cook contractually agreed he is the landowner of the property “on which [Cimarex] proposes to construct the … road.” Later in the same sentence, consideration of $25,000 was a “payment for surface damages…related [to] the…operating of the Well, including the lease road…[.]” Neither “road” nor “lease road” were defined.

Disagreements arose surrounding the meaning of the language regarding use of roads. Cook refused Cimarex’s tender of payment and sued alleging that use of the road over sections 48 and 129 constituted trespass and sought injunctive relief.

The Texas elements for trespass are:

The court focused on lack-of-consent, denying that the release evidenced consent for Cimarex to come on to Cook’s land and to use his “lease road.” The releases did not unambiguously grant Cimarex a right of way over Cook’s road on sections 48 and 129.

Cimarex argued that the releases referred to two roads, with the “lease road” including Cook’s existing road and the other “road” referring to a newly constructed road. But the releases failed to show the parties’ intent to grant Cimarex a right of way across Cook’s other adjacent property. Stated another way, the scope of the releases expressly acknowledged Cook’s ownership of and defined surface activities on section 49 only. No language in the text stated Cook’s consent to use the road beyond section 49 onto tracts 48 and 129.

The court looked to extrinsic evidence and determined that there were genuine issues of material fact regarding Cook’s alleged consent for a right of way over his private road on sections 48 and 129. Cook’s testimony “may (or may not)” indicate that he personally knew that the “lease road” was intended to run through tracts 48 and 129 (Our guess is he knew. We wonder, Did he lay behind the log at the beginning or did Cimarex make him mad?). But this evidence did not identify the reach of the “lease road” from within the language of the release itself as required under case law.

Cimarex’s equitable estoppel, quasi-estoppel, waiver, and other defenses also failed for reasons stated in the opinion.

Scriveners: Can you avoid ambiguity?

Of course you can.  Does your document recite the obvious and necessary elements of the agreement? Those who are in a hurry can overlook this basic requirment. So … write the contract, put it aside for a while, and come back to it. Better yet, have someone else read it. Can they tell you what precisely it means? More to the point, Does it mean what you think it means?